From early on, history has been my passion. I spent many of my childhood days at the Medieval Centre in Nykøbing-Falster in Denmark, watching the knights and horses in awe. At the age of 16 I performed in my first joust and from that day I was hooked. I decided to dedicate my life to studying and researching the life of the medieval knights. I have since then participated in over 800 jousts in Denmark, Sweden, Norway, Germany, the Netherlands and Australia.

After five intense years I completed my master's degree at University of Southern Denmark, specialised in knightly culture. As part of my study I did a seven months internship at the Fürstliche Hofreitschule in Bückeburg, Germany, together with my young spanish stallion Absalon. This is were we learned the basics of historical dressage and mounted combat.

Over the years I have worked at many historical locations such as Christiansborg's Palace, Nyborg Castle, the Medieval Centre, Ribe Viking Center and most recently Varberg's Fortress. Since autumn 2018 I live on the west coast of Sweden.

My main interest is exploring how to train a horse to become as close to a medieval war horse as possible, whilst adapting to modern science. I draw a lot of inspiration from the Academic Art of Riding and have done a three month internship at Enggaarden with Michelle Wolf in 2010. The recent years I have visited Christofer Dahlgren regularly to get input on my work with Absalon.

Absalon is a spanish stallion born in 2008. He came to me as a yearling and we have learned everything together. I am very happy that he turned out to be exactly the horse I was dreaming about - a great jousting horse and a true friend.

I have been practicing historical fencing since 2011 and have experience with longsword, sword and buckler, rapier and saber as well as mounted fencing, armed and unarmed.

My main focus when teaching, regardless if it's history in a class room or practical lessons in an arena, is to communicate my knowledge in a simple, pedagogical way. I feel the responsibility as a teacher to pass the information to the student in a way in which he/she can learn. 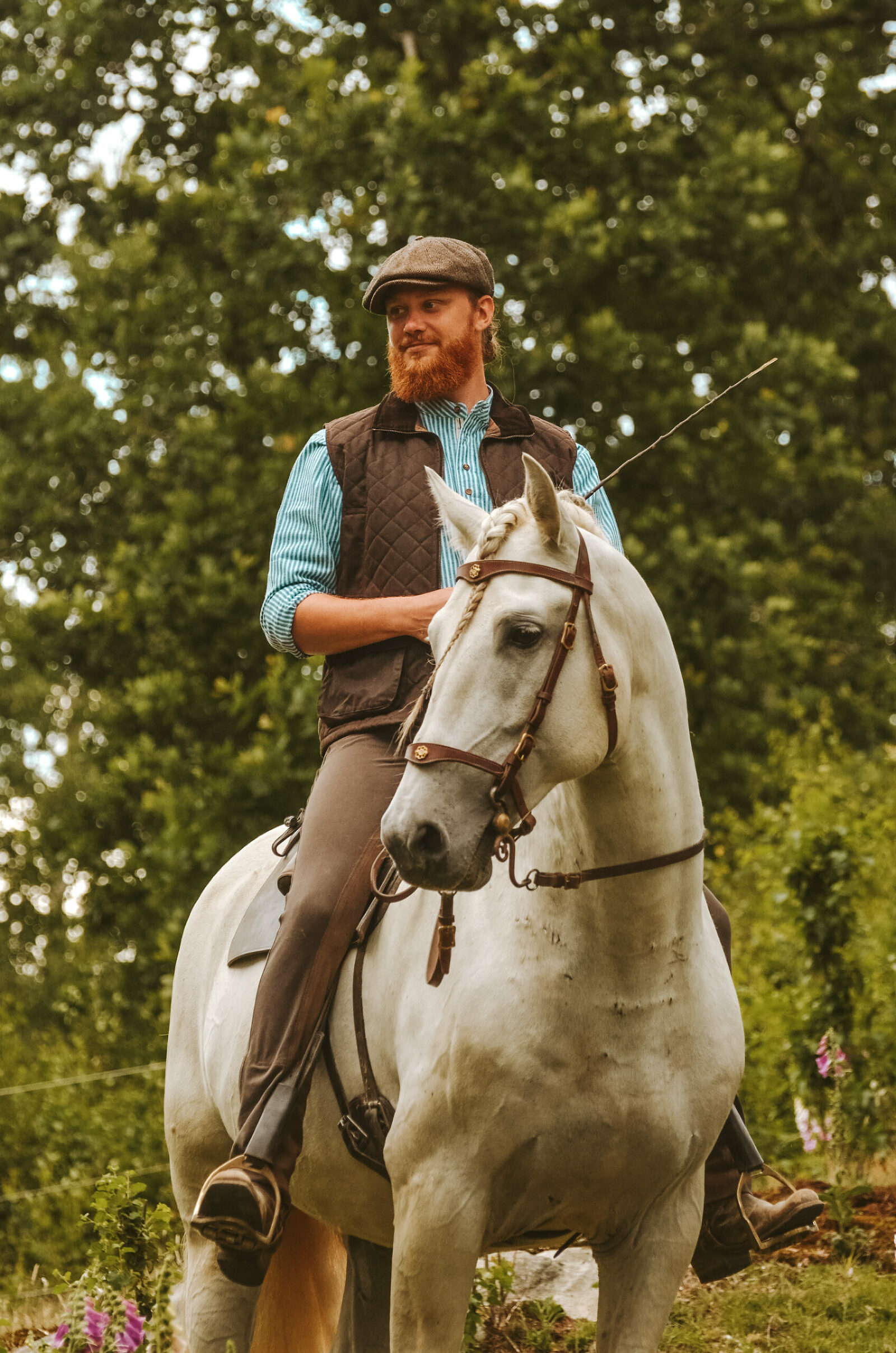